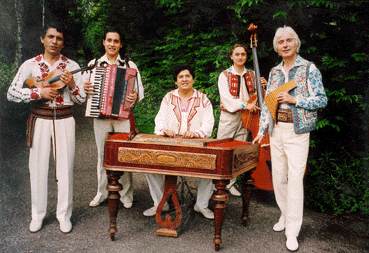 Born in Seaca de Cîmp (Oltenia in Romania). He played the pan flute at the age of 14. His teacher was the legendary pan flutist Fanica Luca.

In 1956 Pîrvu was ready to go to high school. His uncle, Jon Ignat, a teacher from the village of Seaca de Camp, wanted to go to Craiova with him to register him at school. At the Calafat train station they met Ignat’s schoolmate Anna Barbu. Jon told her that he was taking Nicolae to Craiova for the entrance exam. Anna asked Jon if Nicolae was as musical as Jon was, if so, he should take the boy to the music liceum in Bucharest. That was much better for the boy. There he could become a musician. On the spur of the moment, they changed their journey and drove to Bucharest for the entrance exam in the Music Liceum.

Fanica Luca was also on the committee. After Nicolae had completed his language and history exam, Fanica Luca got up and ordered Nicolae to open her mouth after hearing that Nicolae was from Oltenia. (There is a funny rumor among the Romanians that the people from Oltenia have more teeth than the rest of the Romanians.) Everyone present laughed loudly and applauded Fanica Lucas joke. Then he ordered Nicole to report to the classroom the other day.

On the objections of the other commission members that the classes only start in three days, Fanic Luca said that he should come tomorrow. The sooner the better. Then he could start teaching with him. Nicolae Pîrvu is one of those rare pan flutists who, with unimaginable technique and a feeling for timing, has earned a worldwide reputation in the Doinas and the Romanian ballad. He can conjure, cry, laugh, pet and tell stories on his instrument. Its striking appearance, combined with a remarkable presentation, enchants the audience.

The ensemble is very diverse and therefore in high demand. Its repertoire also includes major performances such as the Rapsodia din Carpati with the folkloric dance ensemble Baluta and a musical journey through Balkan countries with the Romanian tenor / taragotist Ioan Micu.

Performances with harmony orchestras (including De Koninklijke Militaire Kapel) are also a success. At the same time, Nicolae Pîrvu is a pan flute lecturer at the Amsterdam University of the Arts and at the Municipal Music School in The Hague. In the meantime, various LPs and five CDs with Nicolae Pîrvu have been released in Holland. In 1975 Nicolae Pîrvu came to Switzerland for the first time with other Romanian virtuosos for a major tour in many Swiss cities, organized by Marcel Cellier. This successful tour made him well known in Switzerland. This was followed by many concerts. Later he was also invited as a guest lecturer to the pan flute music weeks of the DAJOERI pan flute festival in Arosa, which is held every summer in July.

The class of the legendary Fanica Luca: 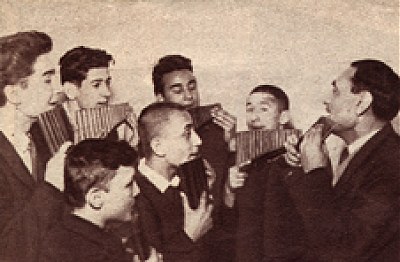 These were the only students who could enjoy classes in Fanica Luca’s class at the Liceum de Musica in Bucharest. Damian Luca (with the family name: Gheorghe Draghici) used to have lessons with his uncle Fanica Lucas and also received his stage name Damian Luca from him.